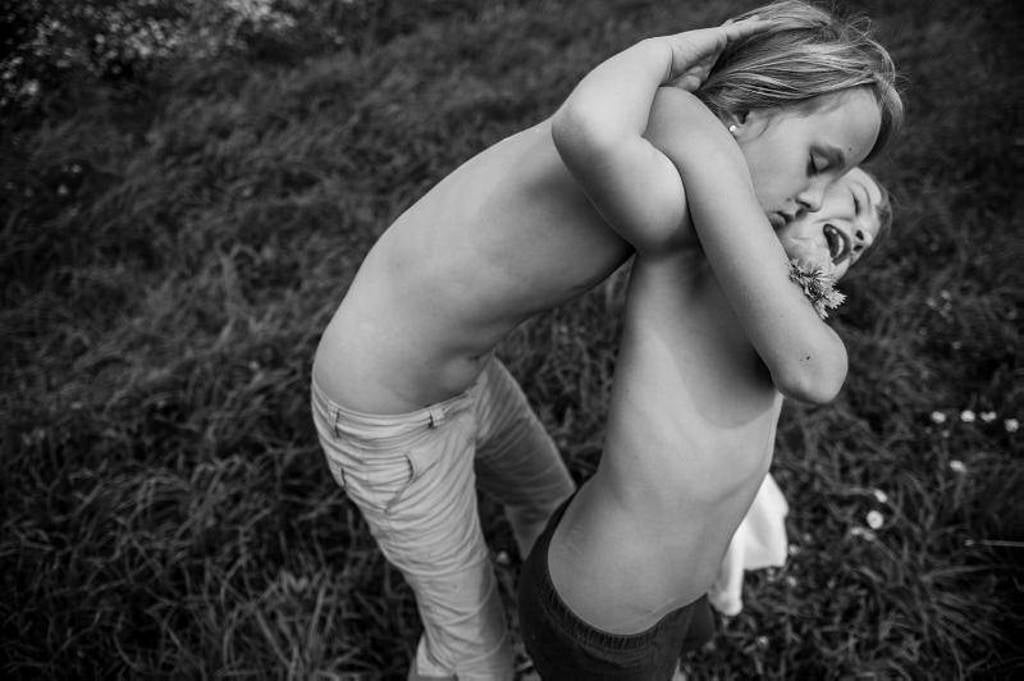 I am Waldviertel - Carla Kogelman

In 2012, photographer Carla Kogelman was commissioned by Szene Bunte Wähne, a youth theater festival in Austria, to make a documentary about the rural Waldviertel region. She ended up in Merkenbrechts, a small bio village of 170 inhabitants where she met Hannah and Alena, two sisters who spend much of their time together in a carefree life, swimming, playing outdoors, and engrossed in games around the house.

"In an idealized world, peace is the visualization of the paradise lost long ago. And, as life goes...: Suddenly you hit on the series by Dutch photographer Carla Kogelman. Her work comes across as a bit old-fashioned. It plays with the idea of the 'good old times', the atmosphere of a happy childhood. Carefree, honest, unpretentious, incorruptible. What you see in her black-and-white photographs is an era of inquisitiveness, cheerfulness and warmth. It makes you all melancholy and calm. These are moments of sheer magic that Kogelman has captured. Moments of a pristine nature, intact. Children splash around in the lake, romp through the garden, wade through the mud. Free, uninhibited, inspired, buoyed up by life, air, twilight. They play freely, explore nature, look for earthworms, snails and salamanders. Unbound, they fly through the air, play in the house, laughing. In harmony with nature, often naked. Fairies and fauns appear, dancing in front of Kogelman's lens. This is what peace looks like. Kogelman hits on the nerve of our times: a longing for the past and for slowness in a world of superficial speed. In her pictures she evokes a diffuse lightness of being. The series hits you without warning - and touches you. Magical and outmoded. Peace is love, tolerance, acceptance and freedom. Emotionally free, rationally unbound. Peace emerges from within, from contentment, serenity, confidence and appreciation."
Jury statement, Alfred Fried Photography Award


Dutch photographer, Carla Kogelman (b. 1961) has worked in the theatre industry for 25 years. In December 2011 she graduated from the Foto Academie Amsterdam. She won 1st Prize at the Zilveren Camera 2011 with a portrait series of actors backstage. In 2014, she won several prizes for the series Ich Bin Waldviertel: 1st Prize in the category Observed Stories in the 2014 World Press Photo Awards; the Cortona on the Move 2014 Happiness Award; the PF Portfolio; and the Alfred Fried Award.
lees meer
bekijk alle specificaties