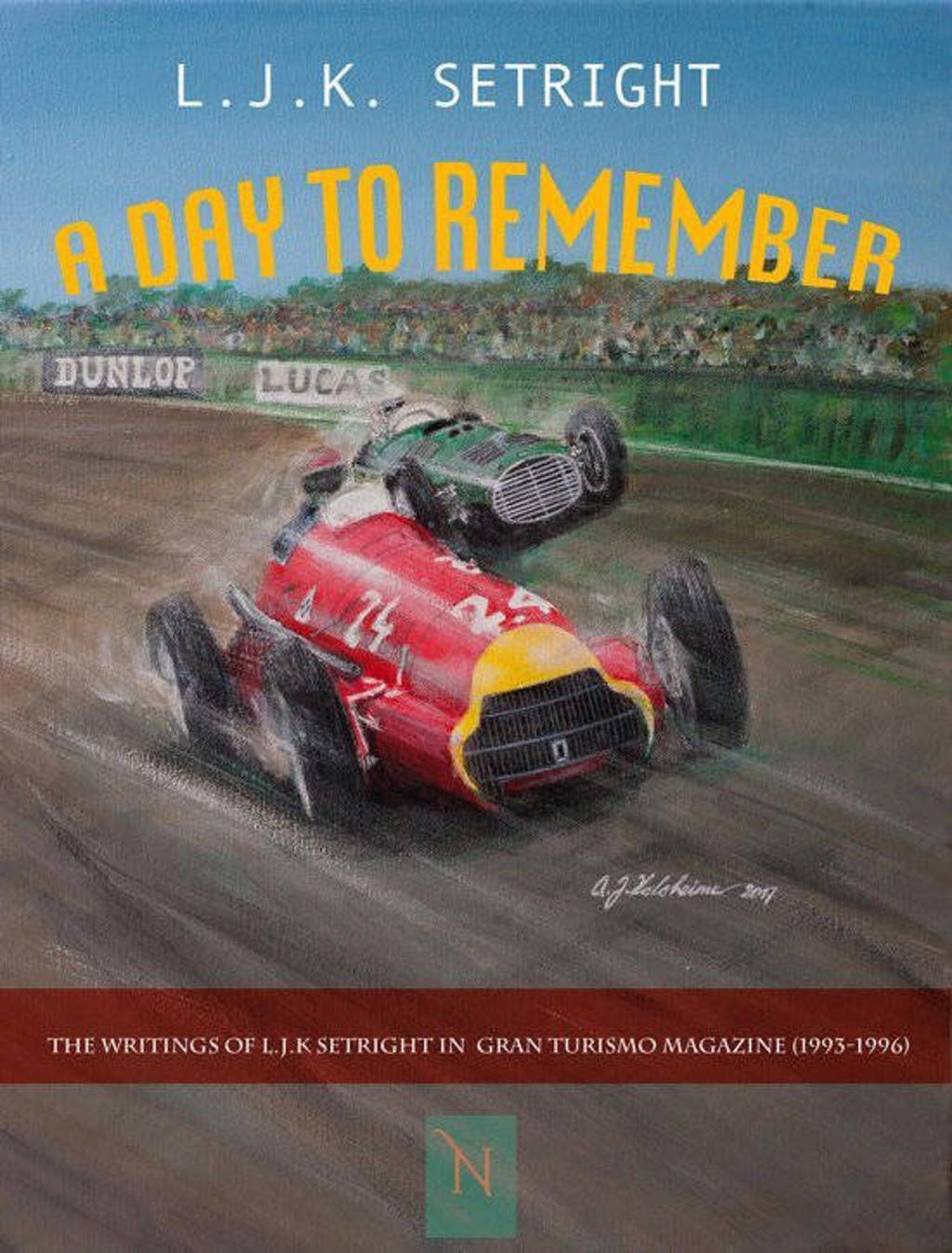 A day to remember - L.J.K. Setright

From 1993 to 1996 L.J.K. Setright contributed 10 articles to the Dutch car magazine GranTurismo. In these witty, erudite articles Setright, one of the 20th century's most influential motoring journalists, wrote about historic GP races, racing cars, contemporary cars, automotive history and the people in the automotive industry. Setright's writings have to be savoured, they are not always easy to read (let's call it an acquired taste), but anyone with a heart for the motoring scene will enjoy reading them, as Setright turned motoring into a romantic matter. After the first article (after which this book was titled, A day to remember, about the British Grand Prix of 1951, won by Froilan Gonzales from Ferrari), the copy kept arriving in our offices every three months, ten writings in total. Surely many people will enjoy reading them more than twenty years after they were originally published in Gran Turismo. Setright's texts are very much like good wine or cigars, the older they get the better they become. About the author: L.J.K. Setright (1931 - 2005) was a renowned motoring journalist and author who wrote articles and books about motorcycles, cars and automotive engineering. His articles were published in several magazines, the British magazine Car being the most well-known. Between 1993 and 1996 he contributed to the Dutch car magazine Gran Turismo. The articles in this book are the result of those contributions. Setright's writing style was very erudite and considered to be slightly over the top by some (he didn't hesitate to put Latin phrases through his reasonings). However, everybody agreed that his engineering knowledge was formidable. He had a strong enthusiasm for Bristol Cars and for Japanese engineering, especially Honda. Setright was also known for his love of smoking tobacco, in particular Sobranie Black Russian cigarettes, and for his elegant sartorial style. He spent the last 25 years of his life in London.
lees meer
bekijk alle specificaties